1
Three Easy Steps To Improving Your Quality of Life
2
Chemical Mattress Topper Update! It’s a Good One!
3
I Think My First Mattress Topper Is Making Me Sick!
Mar 14 2016
Browse archives for March 14, 2016

When you change your thinking and your mindset and bring forth awareness, you set yourself free in ways you didn’t know were possible! When you attach to the negative and allow that to fester, you tear apart your ability to see the good, to feel grateful and to appreciate what is. 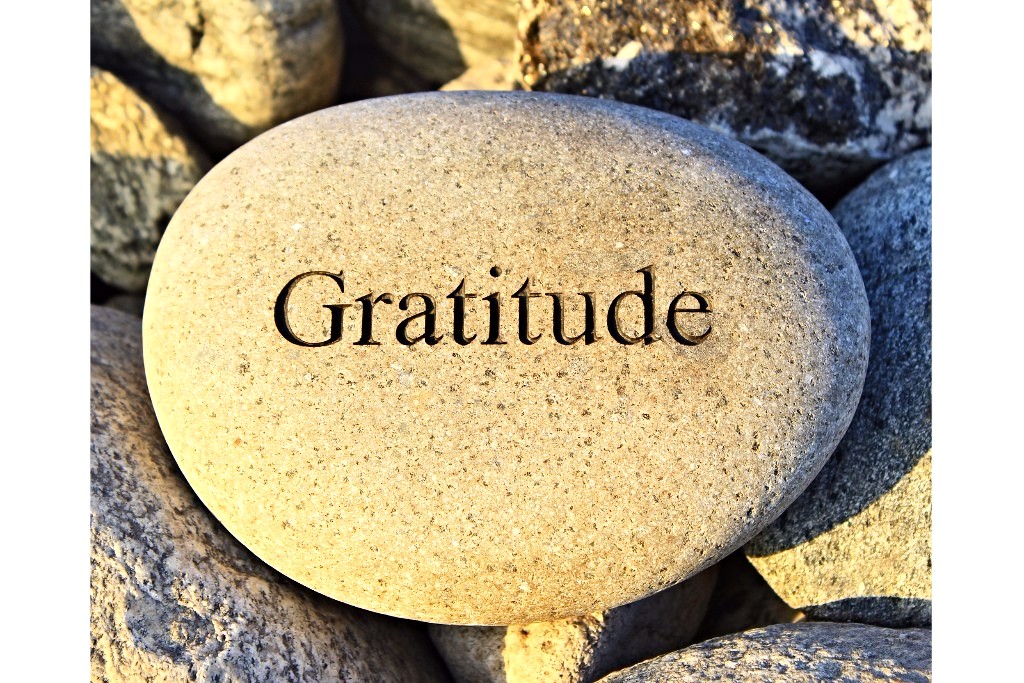 I don’t know if you are aware of the power of gratitude, but it’s super seriously good for your health and mindset!

Gratitude allows you to feel full in life, as if you are not missing anything. This doesn’t mean we can’t strive for certain goals, possessions or whatever you’d like, it means, that you hold an attitude of already having enough, so the idea that you need more actually disappears and your goals or wants become more valued and specific.

Try these 3 steps daily and see how your life improves!

1. Gratitude Journal for 5 minutes daily. Write down what was funny, warmth, clean car, good sex, great friend or conversation or tasty food!  Anything! Feel Full from heart center as you write. Smile.

2.  When you are out and about, feel grateful for nature as you look around. Realize that the trees are oxygenating, the bees are pollenating (that’s why you want to keep your dandelions for bee’s first food after winter), blue sky, gray sky, rain, snow, wind, whatever you have, develop a sense of gratitude that is part of the planet that you live on and it’s a self sustaining eco-system if you let it be.

3. Begin to change your lingo when you are speaking about others or yourself. Begin to take notice of all the good and feel a sense of appreciation for someone elses situation, and then embrace your own situation.  Feel the love and gratitude that you are you and what an amazing experience you get to have in this life. Let the gratitude for experience wash over you.

Well, that’s it for now!
Practice these steps and watch how your interaction in life improves!

Much Love, and In Gratitude,

This is a quick update to confirm the power of using your intuition about what is making you feel sick.  As you remember from a previous newsletter, I was feeling like I had been poisoned by the toxic chemicals that came with the mattress topper that I had on my bed for a few months.  Incase you missed it, click here for the story.

This was no joke! Between the fatigue and my lung issues I thought for sure I was going to have to face some awful outcome, because I actually felt that bad.  I chose to risk the radiation from an x-ray and get my lungs checked out. My brain went from wondering if I had pneumonia to emphysema, lung cancer to mold spores to holes in my lungs and more.  Yes, even health coaches can get nutty with their thinking from time to time!  Fortunately, my x-ray came back clear as could be and needless to say, relief came over my body like a wave and provided me with some peace of mind.

The whole time I owned this mattress topper, my little voice kept whispering, this is why you feel this way and sure enough, about a month has gone by since I’ve gotten rid of it and I am slowly but surely beginning to feel like my normal self.  Whew! Thank goodness I checked in, clued in and listened to what that whisper was telling me, “ditch your mattress topper, ditch your mattress topper.”  So, I’ve been walking regularly, gaining lung capacity back, I don’t feel like I have a brick on my chest and I don’t feel fatigued or as if my lungs are burning.

In addition, when I returned this topper, the clerk said, “yeah, we see this with most of the toppers. They are returned and people do not buy new ones.”  Interesting!

Lesson:  Always start with your environment, including foods, and see what is new (within 6 mos), what has changed and check in with your little voice.  It’s telling you the answers!

Much Love and Gratitude,

I was at my parents house in October of 2015 and slept in the guest bedroom on a dreamy mattress that allowed me to sleep divinely with virtually no shoulder/neck pain.  I asked my mom about the mattress and she said it was a mattress topper to my surprise.

So, I came home and bought the same one with such happiness that I had finally found a solution to my aching shoulder/neck while sleeping. I tried two different kinds to compare. One had a far stronger chemical smell that never left even after I returned it and the other one had a mild smell, and notable, especially combined with the much stronger odor left behind and now permeating the new one.  Yes, I allowed some gas-off time, but that should of been a warning to my dot connecting brain, but I was inspired by the thought of good sleep.

I’ve noticed progressively my chest beginning to feel like there was a brick sitting atop and just chalked it up to colder weather, dust in the air behind my house (lots of dusty construction going on), a little shortness of breath and a little cough here and there and signs of asthma symptoms progressing.

Last night around 11 I took a breath in and had the rattle of a lifetime in my chest, center, lungs. This morning the rattle was back and gave me the feeling as if the rattling was blocking my ability to take a full breath. Was it scary enough to get my full attention? Yes!

So like anyone, I began to do some digging this morning. A lot of digging and here is the common theme of what I’ve found.

Per an article from Hannah Wallace, writer for Mother Jones, “The place where you spend one-third of your life is chock-full of synthetic materials, some potentially toxic. Since the mid- to late ’60s, most mattresses have been made of polyurethane foam, a petroleum-based material that emits volatile organic compounds that can cause respiratory problems and skin irritation. Formaldehyde, which is used to make one of the adhesives that hold mattresses together, has been linked to asthma, allergies, and lung, nose, and throat cancers. And then there are cotton pesticides and flame-retardant chemicals, which can cause cancer and nervous-system disorders. In 2005, Walter Bader, owner of the “green mattress” company Lifekind and author of the book Toxic Bedrooms, sent several mattresses to an Atlanta-based lab. A memory-foam model was found to emit 61 chemicals, including the carcinogens benzene and naphthalene.”

This article is from 2008 and is just one of the many I found during my early morning search. Peoples testimonials are ranging far back to current dates regarding their lung health, headaches, allergies, dizziness, nausea, memory loss and a whole host of others complaints, that were stated arrived only after they got their mattress topper or memory foam pillows.  Do the research yourself. I typed into Google the words, chemicals in mattress toppers and lung issues from mattress toppers.  As someone who researches and looks up information left and right for everyone in my life, (clients, family, friends, pets, strangers) it’s amazing I didn’t do my due diligence prior for this investment.  I was lulled in by the possibility of dreamy sleep with a full nights sleep, no pain, and a snuggly bed.

I’ll be sleeping in the guest bed until I can get this smell out of my room, my bedding (that may end up being a small investment too) clearly getting rid of this topper and it’s so toxic I cannot give it to anyone else in good conscience however, I will go back to the manufacturer and see If I can get my money back.

Much Love and Do Your Research!

You Always Have A Choice

Please remember only you can choose the right choices for you in your life no matter the information you receive from me in session.

I am certified in several areas (see education for details) and I use my trusted intuition, I engage my Claires, my experience and my education to make suggestions for your personal session. This does not replace medical care.

Thank you for trusting me and Cheers to your Energetic Health!

Whole Soul Wellness For You!